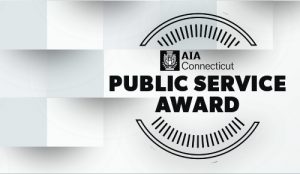 The Public Service Award acknowledges the impact that an individual or group can have on the design process. 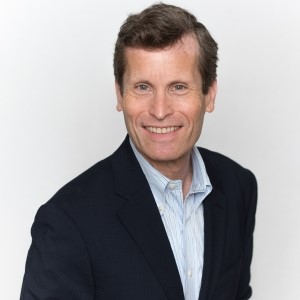 In his 30-year career in architecture, David Barkin has advanced the profession with tireless leadership advocating for excellence in public architecture, supporting significant civic improvements, and encouraging higher performance standards within his community, the profession, and government. David consistently aspires to improve the built environment by leading and educating the public on the value of quality civic architecture.  David’s leadership resulted in an important contribution to New Haven’s skyline, the Pearl Harbor Memorial Bridge receiving national recognition, as well as an award-winning, water filtration facility transformed into public art. 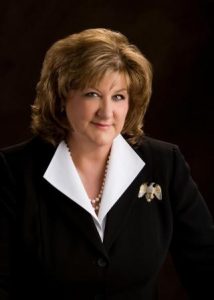 Since taking office in 2011, East Hartford Mayor Marcia A. Leclerc has been doing much to enhance the built environment in her town and support the architectural profession. The Mayor has recently established an online CRM system that allows residents to report issues and have inspectors quickly and effectively respond to enforce maintenance of residential and commercial properties and buildings. In support of architecture, she leads a program to improve town facilities starting with the successful completion of a major expansion and renovation of the Raymond Public Library, design of rehabilitation and accessibility improvements to the Wickham Branch Library, and current design of the adaptive reuse of a 1970’s modern-style church originally designed by Russell Gibson von Dohlen into a state-of-the-art senior center.

The New Haven Preservation Trust (NHPT) has impacted architectural education in the public realm through hundreds of public lectures by architects, along with tours that highlight buildings, architects and neighborhoods. The NHPT’s ongoing programs celebrate virtually every type of architecture, and an unending stream of architects, from Kahn, to Saarinen, to Rudolph, to Roche, to Pelli.  Celebrated architecture of all kinds is the mission of the NHPT.