The People’s Choice Award is one of the many award programs that AIA Connecticut, the state chapter of the American Institute of Architects sponsors throughout the year. For the People’s Choice Awards, the public serves as jury, and everyone who wishes may participate in the selection process. This award program provides an opportunity for the public to vote on which architectural projects are of most appeal in a range of categories, such as The House I’d Most Like to Live In or the Place Where I’d Most Like to Study or Work.

In 2014, the chapter added a new category, Connecticut Treasures, which seeks to create an awareness of the state’s rich, varied, cultural and architectural history, by identifying and nominating for designation one significant building in each of the state’s counties. 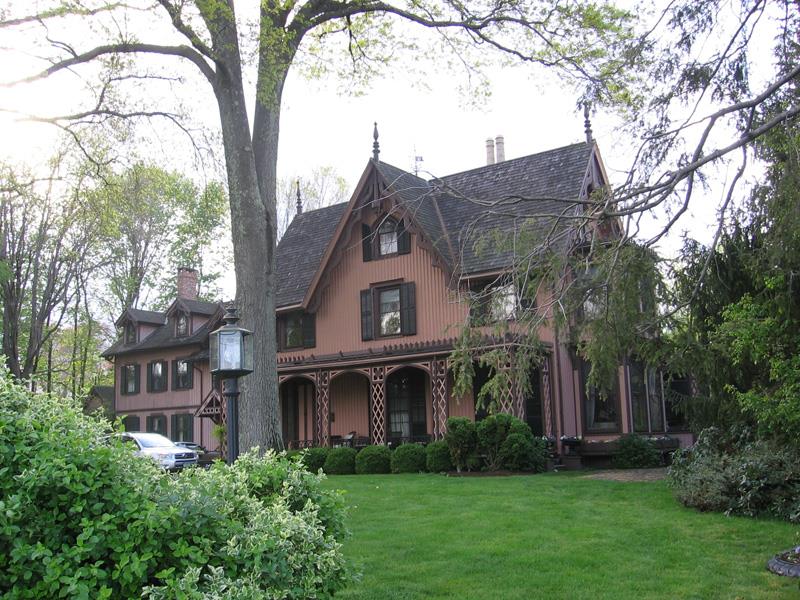 This year we are very pleased to announce that the recipient of the award is the Jonathan Sturges Cottage in Fairfield.

The first known American commission of the British-born architect Joseph C. Wells,  Sturges Cottage is one of the oldest-known and best-documented examples of architect-designed Gothic Revival architecture in the United States. A rambling wood-frame structure with board and batten siding and steeply pitched gables, Sturges House was built in four stages between 1840 and 1895.

The contemporary importance of this structure s is reflected in the following remarks by one of the town’s residents:

“…I remember first becoming aware of Sturges Cottage when the JC’s art show was held on the Sturges Green. We are so fortunate to have this gem in our community, to still be able to enjoy driving by it as we exit the busy interstate. It has gracefully weathered generations. Oh, the stories it could tell!”