Connecticut has a remarkable built heritage that stretches back nearly 400 years and  encompasses places from the Colonial to the Modern eras and everything in between. This body of work gives the state a deep connection to its past, a distinctive identity in the present, and a richly layered foundation on which to build for its future. Jointly presented by AIA Connecticut and the Connecticut Trust for Historic Preservation, the Elizabeth Mills Brown award recognizes projects that are noteworthy both as respectful preservation of historic places and as excellent architectural designs. The award is named for the architectural historian and preservationist Elizabeth Mills Brown, who as writer and activist awakened Connecticut residents to the state’s architectural riches and the need to protect them. 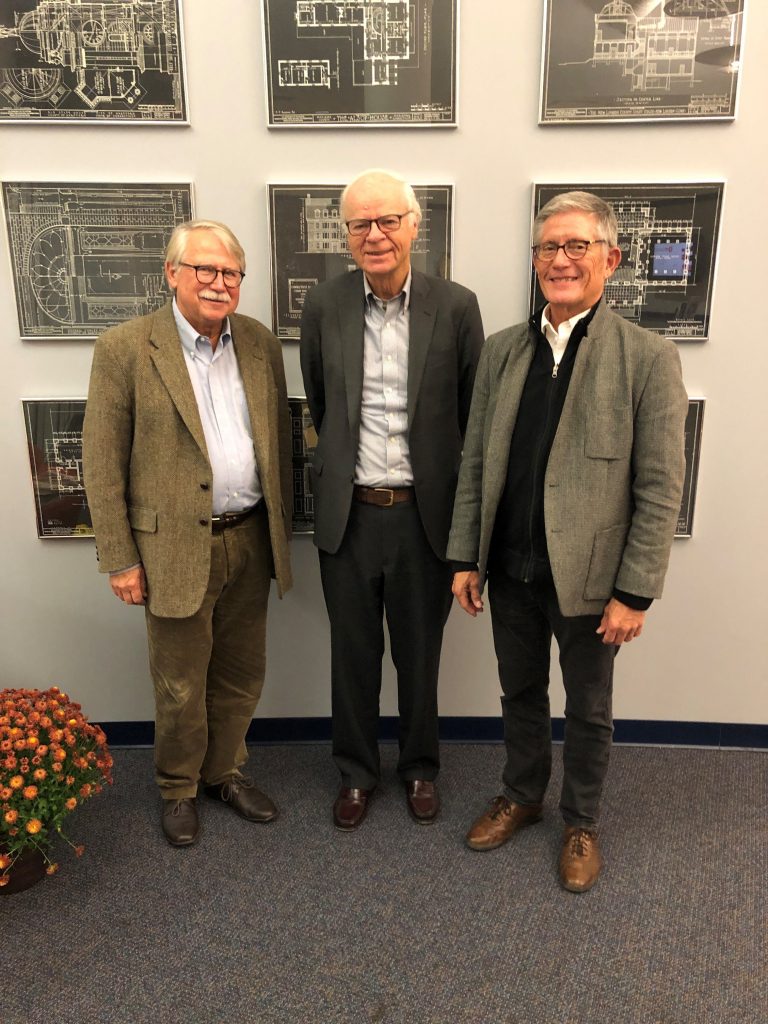 The Hillhouse-Sallembien circa 1765 colonial house is notable not only for its architectural character, but as the homestead of one of Connecticut’s founding families. The Hillhouse name included representatives of the colony to England and the Continental Congress, as well as the early state and federal government.

The homeowners selected a team of Architect and Contractor to guide them through a ‘reimaginitve’ restoration, peeling away discordant modern finishes and using traces of framing, moulding outlines, and paint analysis to restore the house to its original character. Room layouts were restored, while a new stairway and bathrooms were inserted in the original rear corner bedroom area. The new kitchen incorporates the rear ‘el’ to link the house together and support modern family living. Using the remaining framework discovered behind the 1960’s luan, new raised panels were fitted into the original framework at the Parlor fireplace, with matched trim from the Hall. Restored wainscoting and corner cabinets were painted in rediscovered colors. Delicate stenciling in an upstairs bedroom appeared under layers of wallpaper, and original split-plank lathing was left exposed in the new bath. The attic was finished to provide additional bedrooms and modern HVAC equipment.

Connecticut’s Cos Cob Landing was the “cradle of American Impressionism.” In the late-19th/early-20th century, renowned artists summered at its National Historic Landmark, Bush-Holley House immortalizing the bucolic setting and structures in their art. By the mid-20th century, changing demographics, development, and modern roadways eroded this important artistic precinct. Greenwich Historical Society saved and restored the Bush-Holley landmark as their headquarters but had little space for expanding needs and interpretive programs. To accommodate growth, the Society gradually acquired ailing adjacent structures, and in this project revitalized them as a cohesive historic campus; including adaptive-use restoration of “Toby’s Tavern,” as well as the construction of a new archives/gallery complex inspired by former dependencies, depicted in artworks by the Impressionist art colonists. Placement of these structures now buffers and screens this National Historic Landmark from neighboring I-95 furthering the Society’s mission and reestablishing the place that inspired a generation of American art.